I love how hearing songs can help one rediscover places frequented long ago. The way smells seem to bring back forgotten memories (Juicy Fruit gum for me, for some reason), it’s like you’re transported back to when that sensation of being was first mentally recorded. Usually emotive, intense nostalgia can be both fun and scary.

Is there a song that reminds you of a place? How does it make you feel? Let me know in the comments. And please click the images to get a deeper story on where each photo came from…

I’m in Vancouver for my cousin’s wedding. I had been listening to Carla Bruni’s “Tout le monde,” finding the music video where she emerged through a dark tunnel as particularly relevant to international travel (even to Canada). While I didn’t have to pass any dark tunnels, Vancouver was definitely a light at the other end of the path. Pristine, brisk and full of natural beauty, it was a great escape from the normalcy of everyday life.

Coldplay always reminds me of my time at The Conversation Group, most likely because it was there that I first listened to Viva La Vida. While it was bittersweet, as all their songs are, it leaned more to the sweet side.

I’m home in Hawaii for Christmas and I find an unopened copy of Yeah Yeah Yeah’s Show Your Bones in my parents’ collection. No one is really sure how it got there, so I immediately enjoy the album and claim it for myself. While I didn’t care for YYYs after hearing “Maps” in college, the songs on Show Your Bones really resonated with me. I’ve since gone back and acquired their previous releases, but this album is still my favorite. 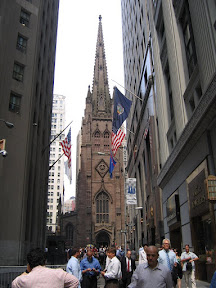 I spend about 13 hours wandering around Manhattan while listening to Rilo Kiley the entire time. I have tickets to their upcoming show at the The Warfield and I need a crash course on their discography before heading back home. While this isn’t my favorite song from their first few albums, it’s the one that reminds me most of wandering around for hours. Another good candidate would be “All the Good That Won’t Come Out,” a song I recall hearing a lot despite the random rotation. 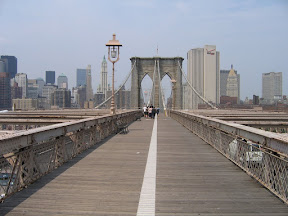 Another one in New York City: I’m at the Brooklyn Bridge, and hearing this song reminds me of the other, more familiar ocean. When I hear this song, I imagine drifting away on waves into the vastness of the ocean, a characteristic of the sea I’ve always marveled at.

Yes, that’s still my favorite Keane song. And if you’re thinking I’m not a very good Keane fan for liking their old pop single, you’re right. I’m not. While I own their debut record, “Hopes & Fears,” I’ve never really been a fan of the band, despite the fact that we share the same name and that their popularity hides some of my web content when you search for me on Google (a blessing, really). I’ve always thought of them as talented, but just not my particular cup of tea. So when a friend messaged me with an opportunity to see Keane for free, I chuckled a little (again, we share the same name – the jokes went on WELL into the night) but happily agreed to check them out.

Going in, I knew little about Fran Healy, the lead singer of Travis, aside from a few quality songs I heard from his band. I fully expected to enjoy Ingrid Michaelson’s set the most, as I find her minimalist style of songwriting endearing. Keane, I suspected I would enjoy, though I was not really sure how much.

Fran Healy completely won the audience with his solo act. His was an intimate set, filled with stories about playing on tour, “nicking chords” from Noel Gallagher of Oasis (he since slipped in the phrase “What’s a Wonderwall, anyway?” into the alleged Travis song, “Writing to Reach You”), and having his heart broken by girl after girl. He messed up noticeably several times on stage (“Ahhh, fuck!”), only adding to the warmth of his performance.

Surprisingly, I didn’t care for Ingrid’s set at all. I felt she spent a good percentage of her performance playing cover songs (“Creep” is overdone – everyone, stop it now) and being an overall goofball. While I think this works most of the time, going on a seemingly five-minute long rant about her boobs was a bit much. And perhaps if I hadn’t heard Or, the Whale‘s amazing rendition of Britney’s “Toxic,” I may have enjoyed her closing version of it more. Don’t get me wrong. I think she’s an amazing artist. I would have just liked to see more of her art.

I enjoyed Keane very much. While I’m not a fan of listening to their music at home, it translated incredibly well into a live show. The same endless vocals and keys that bore me at home provided a steady stream of energy into the crowd. And the crowd seemed to enjoy it thoroughly, as the band spent more time smiling in thanks between songs while the crowd cheered their mouths and my eardrums off.