I happily discovered each of my last three album purchases were individually phenomenal. The needed injection of fresh music helped reinvigorate the love between my speakers and ears, a love whose passion had faded. Also, apologies to the neighbors.

Muse – The Resistance
www.muse.mu
I’ve been a bit tired of Muse for the past few months. While still noting them as my favorite band, the relentless audio onslaught they produce gets a little tiresome to the ears after awhile.

They overcome the monotony of their past barrage with The Resistance, a musically diverse album that more than hints at influences from Queen. Their fifth album release (Hullabaloo is a soundtrack and collection, and thus does not count) incorporates increased use of keys and synth, reminiscent of Origin of Symmetry, with schizophrenic, Phrygian-filled songs that run the gamut of musical expression (for better or for worse). The incredibly moving three-part “Exogenesis: Symphony” is a stunning end to the album and highlights Muse at their absolute best. On the downside, the obvious inclusion of politics doesn’t suit my taste in its form here, as it requires more poetics than, even I’ll admit, Matt Bellamy can provide (Green Day pulled it off much better on American Idiot). In true Muse fashion, lyrics aren’t the most subtle but they definitely sing better than they read, so I can forgive them. From danceable rock to Rachmaninoff-esque piano solos, The Resistance is another great add to any Muse fan’s collection.

www.imogenheap.com
Listening to Imogen Heap is always an experience. Her lush voice and the audio harmonics of her songs create such a vivid landscape of a prettier world. Tracks like “Wait It Out” would serve well within any indie movie’s soundtrack. The overall vibe doesn’t stray too far from 2006’s “Speak for Yourself.” I’m still a bigger fan of her previous album but with great tracks like “Half Life” and, the album’s single, “First Train Home,” that might just change sometime soon.

Carla Bruni – Quelqu’un m’a dit
www.carlabruni.com
Okay, this isn’t new but it’s new to me. Released in 2002, the album is as intimate and warm as any music can be, showcasing Bruni’s soothing voice against acoustic guitars. And how can one not swoon just a little bit? She’s an Italian-born, French singer-songwriter/ex-model.

Give me a break…

Yesterday, Muse released an exclusive download of a full-length track off their upcoming album, The Resistance. The track, entitled “United States of Eurasia,” continues their Queen-inspired musical journey through sonic battlefields of crazy sounds and lyrics about weird stuff.

What do you think? 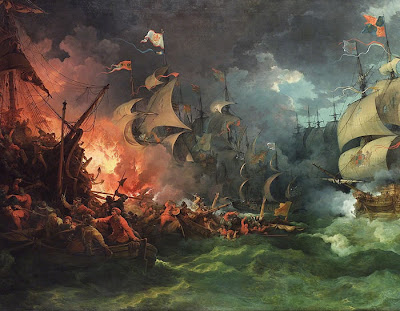 It grows like a swell in the heart, intense pressure in the chest. Perpetual movement forward, direct and precise, efficient and clean. Fuel for a fire, cold with purpose. Patient. Living well so that others might do the same… Inspiring.

The World Is Not Enough – Garbage

Everything In Its Right Place – Radiohead

And if you haven’t guessed yet, these are my all-time favorite bands. 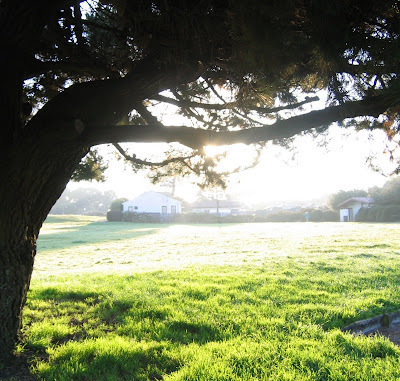 Here are some songs for the day, a set of more upbeat tracks than those on my previous playlist, “Night.” I’m still looking for a decent playlist generator that includes all the obscure (non-live) songs I desire. Oh, well…

If The Brakeman Turns My Way – Bright Eyes

Don’t Look Back In Anger – Oasis

Have a nice day! There are rare moments in life where you feel like you could just die.

Like when a beautiful woman kisses you, or when you taste a really great piece of chocolate cake (you can see how much I value food), the experience is so glorious and profound it carries you away.

On April 9, 2007, Muse performed at the Bill Graham Civic Auditorium, and it was the concert of my life. The sonic flashflood from Matt Bellamy’s Frankensteined (yeah, I even made up a word for it) guitar against the relentless backbeat of Dom Howard’s drums could raise any man’s spirits. Add to that Chris Wolstenholme’s thunderous bass, and you can’t help but feel a heart-pounding high. The venue itself didn’t detract from the overall experience. We arrived late, and it only took mere seconds to get from the entrance to the action. I honestly can’t remember anything else about it, which is more of a good thing than a bad.

Also, I had about five pints of beer before going in.